How did a reclusive artist, with few works to his name, become the pop icon he is today?

How did Leonardo, a painter of few works who died in obscurity in France while overshadowed by his rivals Michelangelo and Raphael, become the celebrity that he is today?

What propelled the incredible arc of his unlikely fame to make him the highest selling artist today, with Salvator Mundi sold for nearly half a billion dollars?

The Da Vinci Legacy is the first book to unravel this mystery by taking an immersive journey through the art, literature, science, and politics of Europe—from the Renaissance to today. Written by Leonardo experts Prof. Jean-Pierre Isbouts and art connoisseur Dr. Christopher Brown, and illustrated with 130 color images, this book not only highlights the transformative quality of Leonardo’s creativity, but also the many strange phenomena that made him the most celebrated artist of today.

To unravel the mystery of Leonardo’s fame, the authors canvassed a vast array of sources and media, including the explosion of copper engravings in the 16th century, the rapid distribution of illustrated books during the Enlightenment, the “discovery” of Leonardo’s notebooks in the 19th century, and the shift from Italy to France as the fulcrum of European art.

As such, they are among the first to trace the incredible popularity of two of Leonardo’s works, the Last Supper and the Mona Lisa, which were copied throughout Europe, though for different reasons. “Were it not for these nascent mass media,” says Dr. Isbouts, “it is unlikely that many of us would know about Leonardo today. 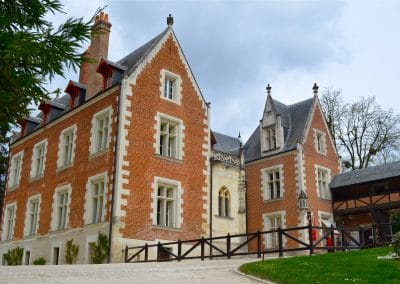 Leonardo’s chateau in Cloux, where he died 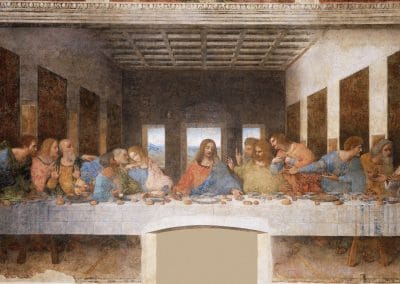 Bookended by a minute-by-minute account of the sale of the Salvator Mundi in November of last year, the authors trace the astonishing trajectory of Leonardo’s mystique through 19th century photography and 20th century Surrealism, up to the silkscreen canvases of Andy Warhol.

The release of the book will coincide with the broadcast of The Search for the Mona Lisa, a dramatized documentary produced by Pantheon Studios (Santa Monica, CA), which optioned the rights to The Da Vinci Legacy. Scheduled for broadcast on Public Television in May of 2019, the film was shot on location in Italy and France with over 60 actors and extras, including renowned Italian actor Alessandro Demcenko in the role of Leonardo da Vinci.